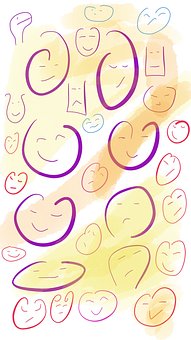 When I think of the proudest moments I have had in my work, they have usually happened after my most anxious, which I think is not unconnected.
One of the proudest moments in my career was when I first developed and delivered a senior leadership programme. Although I was an established trainer and facilitator, I had only once ever trained a group of leaders before – and that was in equality law, a specific, bounded topic that we covered in hour-long sessions. But when my boss went off on maternity leave, I was asked to lead the development and delivery of the company’s new, flagship leadership programme, building the next generation of senior leaders who would take the company forward.

I was excited about doing this, but as the first part day of the leadership programme drew closer, worries kicked in. Was I good enough? Could I speak with authority with such a senior group of leaders? Would they listen to me? Would the content work? The weekend before the first day, I fantasised about the work building burning down over the weekend, so that I wouldn’t have to deliver it. And some of my concerns weren’t completely unfounded. One senior leader met up with me before the session to challenge me – ‘What could I learn from you?’. Another did the same thing, only more obliquely, through their Head of Department – ‘Is this programme really appropriate for Julie? She is already very advanced, and I’m not sure she needs it’.

The building didn’t burn down, and everyone did come along as planned. And I carried on feeling anxious before every session. But, as the programme progressed, my confidence grew. I still worried, but worried less. I built up strong relationships with the group, and saw them do the same with each other. I was also really lucky in working with someone who’s positivity and energy kept me going and balanced out the over-analysis that could make me worry, and in having a boss who consistently demonstrated absolute faith and confidence in my ability to get the job done, and to do it brilliantly.

The feedback at the end of the programme was fantastic, with more critical feedback about the session run by an external facilitator. I watched the group bond and grow, both as individuals and as a leadership team. The senior IT leader who had challenged me at the start of the programme turned out to be the person to make the most progress. Through the programme, his awareness of himself, how he led and how he came across to people, shifted so that he really addressed how he worked with people and made some fundamental approaches to his role as a leader.

At the end of the programme I did feel proud. I felt I had accomplished something, that I had pushed myself to do something that scared me, and had come out the other end triumphant. I felt proud, elated, and so satisfied with what I’d achieved. The experience taught me what I was capable of if I pushed myself, and that sometimes other people could spot abilities in me that I couldn’t see myself. It also showed me how much satisfaction and joy I could feel in my work, if I pushed myself and built on what I was already good at. And that it was fine to feel nervous – the nerves I had before each day of the programme never went away – but if I acknowledged those nerves and forged ahead anyway, I could make it a success. Later I learned about the concept of ‘eudaimonic happiness’, or human flourishing, which is about being able to integrate positive and negative emotions and really grow as a human being. And it made me think about this experience, about the doubt and anxiety before the sessions, and the satisfaction and pride I felt after, and how one was necessary for the other.

I’ve picked out pride here as a positive emotion I have felt at work, but I could just have well picked any number of other emotions. I could have picked gratitude, and talked about how grateful I am for the faith one boss had in me that opened up opportunities and helped my career leap forward; I could have picked inspiration and talked about my colleague who inspired me to be a better, kinder person; or I could have focused on the joy I felt working with someone who made me laugh every single day. The point for me is that it’s fairly easy for me to think of examples of positive emotions I’ve felt at work, and in fact it’s those times that stand out as key moments in my working life. They have helped my wellbeing and made me grow, but they have also provided the backbone to my career and given me great satisfaction in my life.

We empower people to be their best.